I was impressed with some of these facts:

While all the above things impressed me, they were not what amazed me.

What amazed me were the flowers and the logistics

Consider what needed to be done:

First the roadway was swept clean. Remember that is 458.55 km of roadway. 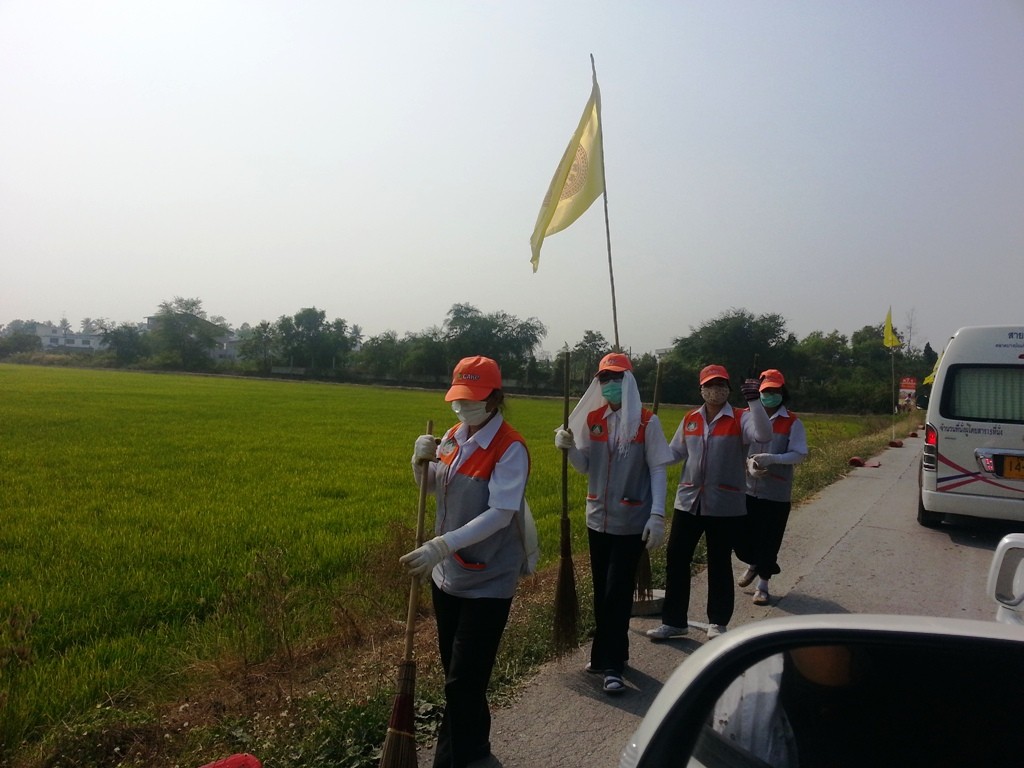 Sweeping the roads before laying the mats.

Next there was woven matting laid down on the roadway. This was done in stages about ten kilometers at a time. It was rolled up after the monks finished walking on it and quickly transported to the front of the procession with sufficient time to be re-laid covered in flower petals. 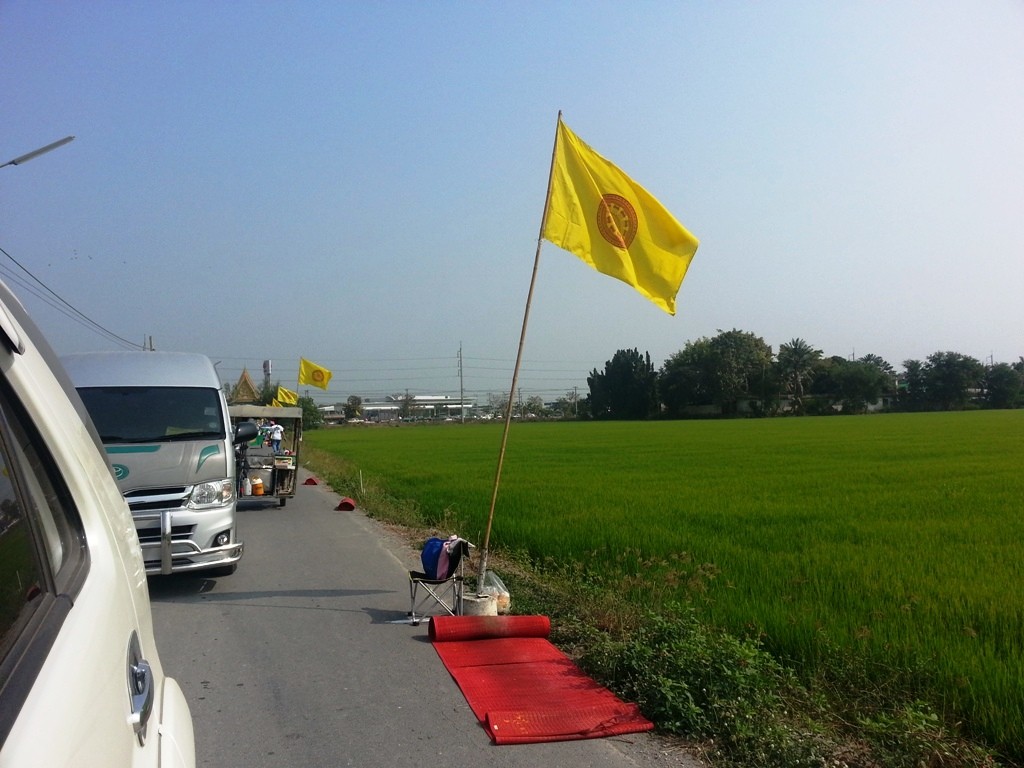 Then then there was the flowers. All yellow and all from the same plant species. Millions of seeds would need to be planted, cared for and harvested. The petals would need to be removed and bagged. Then delivered and placed evenly in sufficient quantity to keep fresh flowers under the feet of the 1,129 monks as they trampled the little yellow flowers to pulp. 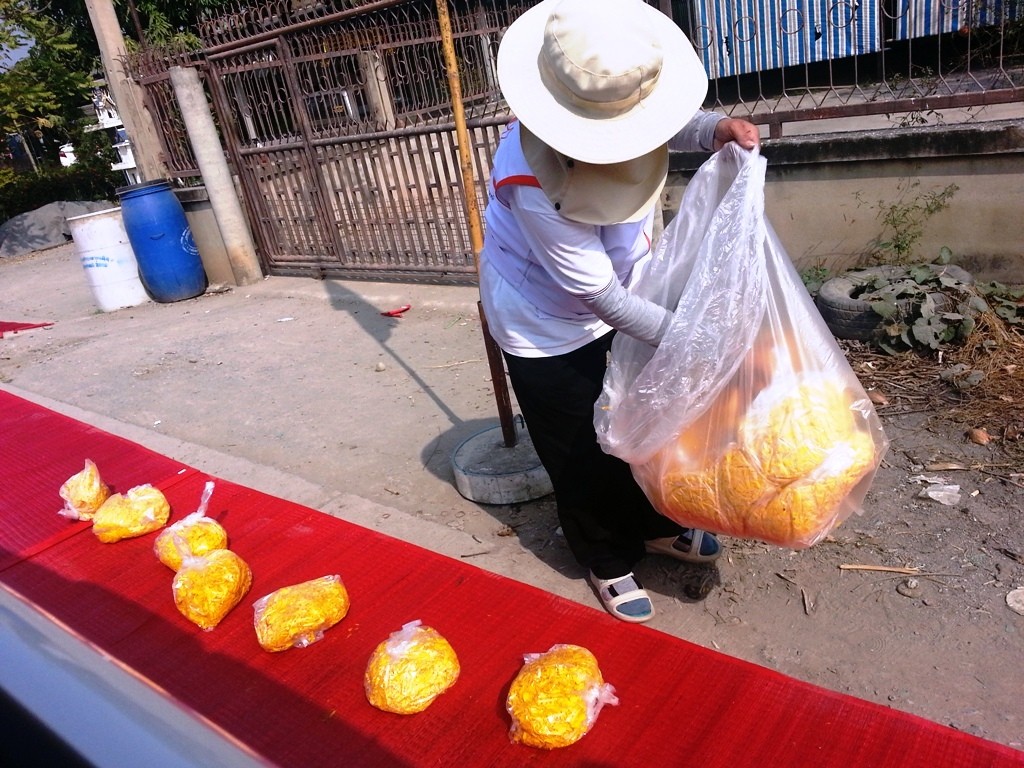 Think about the traffic control and the crowd control which appeared to somehow work despite the double, triple or quad parking required to accommodate the cars. This was assisted by the local community making their driveways available for common use parking and the nearby service stations also making space available.

Then there was the cleanup. This was possibly the easiest part as the petals were bagged and taken home. The monks had walked on them and this is meant to bring the good luck back to the homes of the villagers. 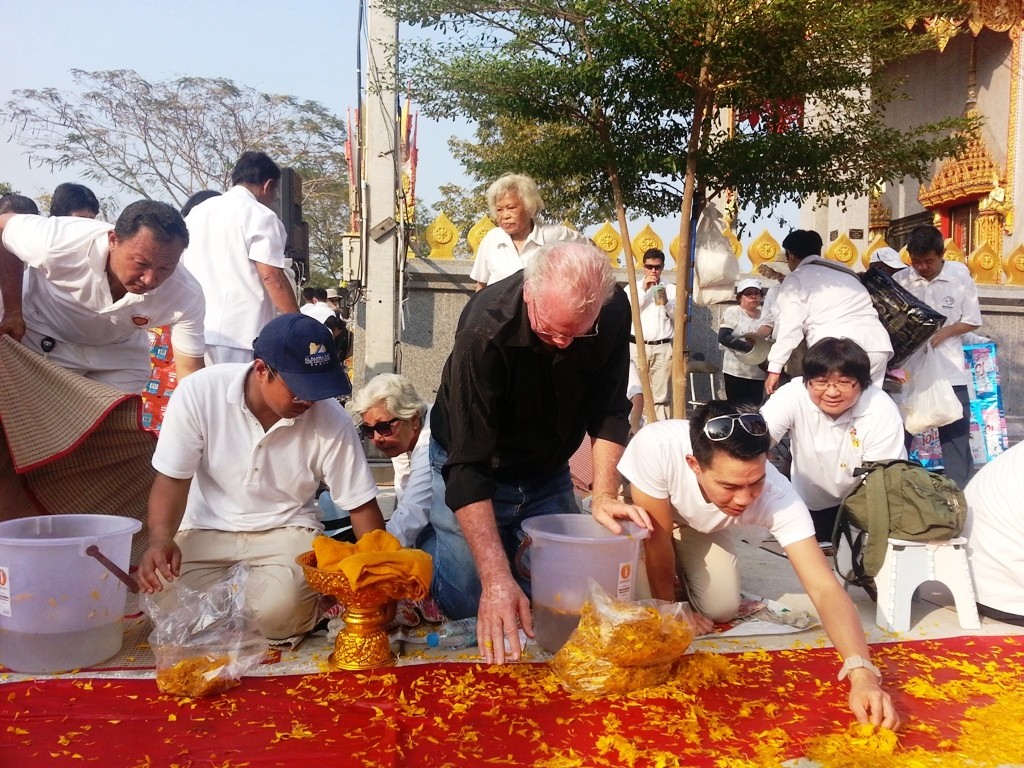 One thing that surprised me a little was that as I washed the feet of a monk at the end of the day, some women behind me rested their hands on my lower back. I later learned that as they were female, they were forbidden to touch the monks, however they could touch me and receive the blessing through me.

I asked how many people attended and laid flower petals but nobody could give me any statistics. It appeared to be a constant chain of people stretching the entire distance. Some sections were a little less crowded but I would estimate on average a minimum of 2 people per meter or two thousand people per km. Multiply that by the 458.55 km and you get a lot of people. Then at the last stage at the temple there were two rows of mats covered with flowers and people were about 6 deep. Another thing that makes it difficult to accurately estimate is that some would do as we did and  move to a second position nearer the temple. I would guess over the entire journey you would have over 1 million people spreading the petals.