The Thaiyanusorn Monument is just a short stroll from the River Kwai Bridge in Kanchanaburi, and it is a little different to most such structures. In Australia, and other Allied countries, they are normally built in the home country, after the war is over and to honour our own dead. There are some exceptions to this such as Hellfire Pass where the memorial is built on Thai soil and predominantly maintained with the assistance of the Australian Government. They will normally display a date range for the duration of the war, not just a single year. For example 1939 – 1945

Why is The Thaiyanusorn Monument Unusual

It is unusual in a number of ways.

Although a little unusual, I am not disturbed by points 1 and 2 in isolation. However I do find it a little disturbing that it appears (at worst) to have been built while they were still mistreating prisoners of war, or (at best) it does not include those that died at the hands of the Japanese Imperial Forces in 1945. They were still beating them, still starving them and still beheading them or marching them to their death in 1945. I quote a short extract from a Wikipedia, but I recommend you read the full article.

The Sandakan Death Marches were a series of forced marches in Borneo from Sandakan to Ranau which resulted in the deaths of 2,345 Allied prisoners of war held captive by the Empire of Japan during the Pacific campaign of World War II in the Sandakan POW Camp. By the end of the war, of all the prisoners who had been incarcerated at Sandakan and Ranau, only six Australians survived, all of whom had escaped. It is widely considered to be the single worst atrocity suffered by Australian servicemen during the Second World War.

Now if the date of 1944 shown on the Thaiyanusorn Monument is the construction date, and I have been told it is, then after building this monument of peace they continued their atrocities for several more months, until their surrender in late 1945.

It is hard to find words to describe my feelings when I saw the date on the monument and realised the possible implications. I visited in the company of Brian Martin, who is the son of Leslie Martin, a POW who slaved on the Hellfire Pass and Hammer ‘n’ Tap cuttings on the death railway. We were both a little lost for words.

My big question, and I suspect a question of many, “Was this monument really built in 1944 to honour the prisoners of war that had not yet died at their hands?” I need to do further research to answer this horrid question, as I find it too disturbing to believe it was actually built in 1944. But then again, even if it was built after the war, why state just the one year rather than all the years in which they brutally mistreated prisoners of war? 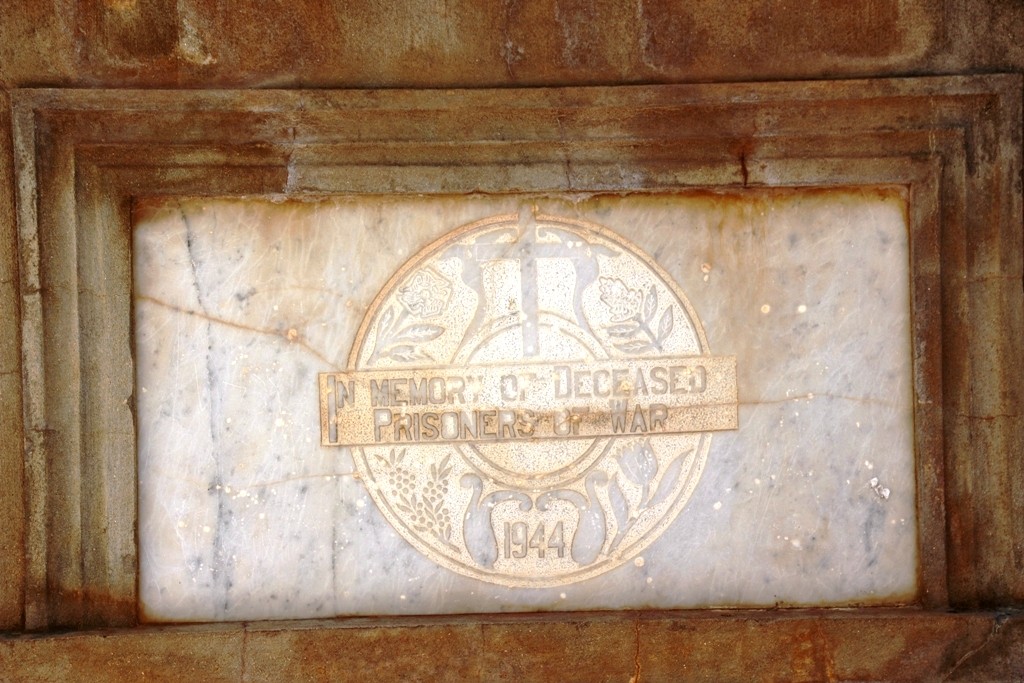 A plaque at the Thaiyanusorn Monument in Kanchanaburi. Inscription reads In memory of deceased prisoner of war 1944 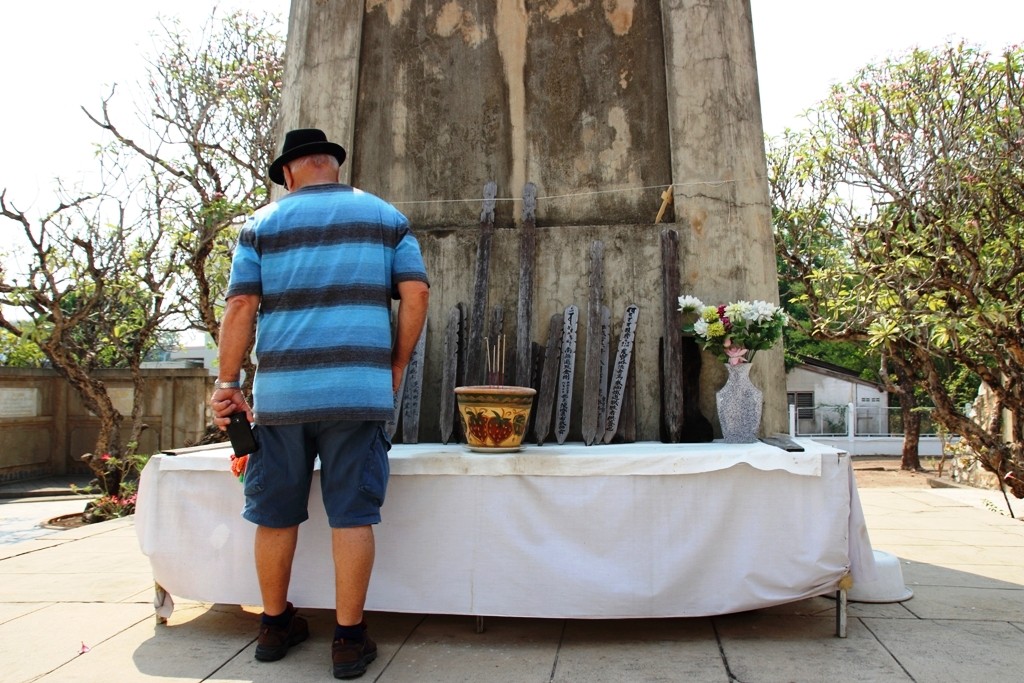 Brian Martin stands at the base of the Thaiyanusorn Monument. Brian’s father, Leslie Martin, was one of the POW that the Japanese forced to work in the horrendous conditions at Hellfire Pass

If you have this page open on your mobile device, just click view larger map and let Google take you there.