Wat Phra That Doi Sethup is a well known temple situated on Doi Suthep on the mountainous road from Chiang Mai to Doi Inthanon. Unfortunately this lovely Theravada wat has been spoiled by excessive tourism. It is frequently referred to as Wat Doi Suthep but Doi Suthep is simply the mountain that it is constructed on. To avoid confusion it is probably best to refer to it as Wat Phra That Doi Suthep as most Thai and tourists would understand which temple you were referring to

Wat Phra That Doi Suthep is 15 kilometres north from the city of Chiang Mai on the road to Doi Inthanon. From the temple grounds, you can get some impressive views of Chiang Mai. 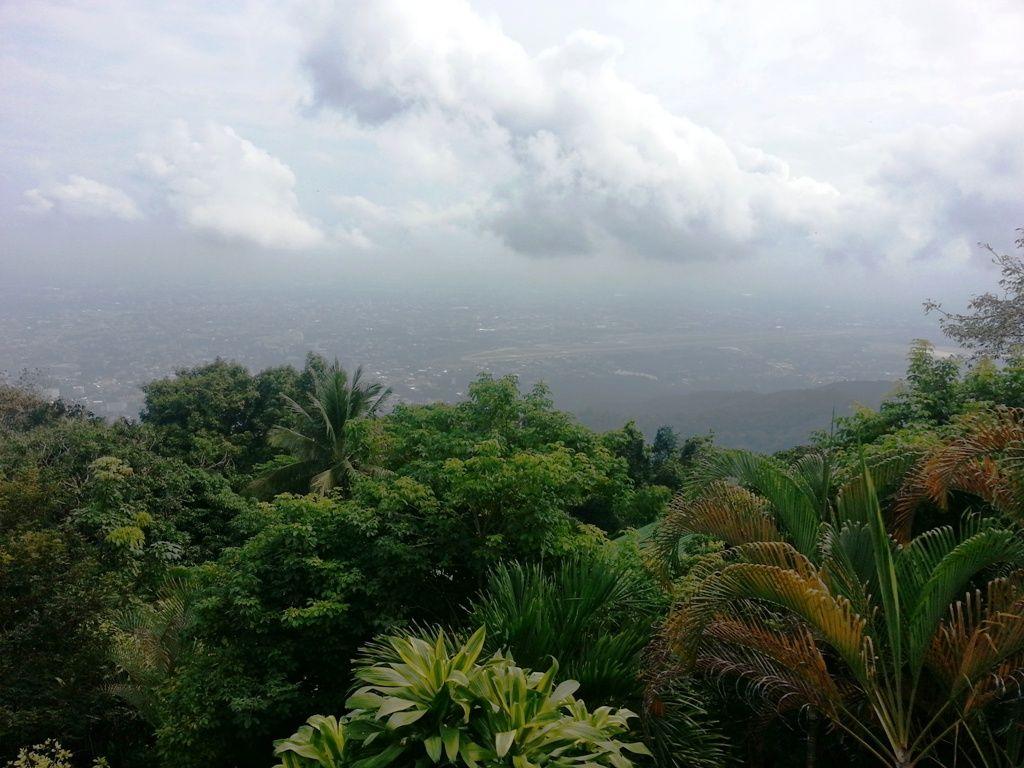 According to the article on Wikipedia there is a lot of mystery and legend surrounding the history of the temple.

The original founding of Wat Phra That Doi Suthep remains a legend and there are a few varied versions. The temple is said to have been founded in 1383 when the first stupa was built. Over time, the temple has expanded, and been made to look more extravagant with many more holy shrines added. A road to the temple was first built in 1935.

According to legend, a monk named Sumanathera from the Sukhothai Kingdom had a dream. In this vision he was told to go to Pang Cha and look for a relic. Sumanathera ventured to Pang Cha and found a bone. Many claim it was Gautama Buddha‘s shoulder bone. The relic displayed magical powers: it glowed, it was able to vanish, it could move and replicate itself. Sumanathera took the relic to King Dhammaraja, who ruled Sukhothai. The eager Dhammaraja made offerings and hosted a ceremony when Sumanathera arrived. However, the relic displayed no abnormal characteristics, and the king, doubtful of the relic’s authenticity, told Sumanathera to keep it.

King Nu Naone of Lan Na heard of the relic and bade the monk to bring it to him. In 1368, with Dharmmaraja’s permission, Sumanathera took the relic to what is now Lamphun, in northern Thailand. Once there, the relic broke into two pieces. The smaller piece was enshrined at a temple in Suandok. The other piece was placed by the king on the back of a white elephant which was released into the jungle. The elephant is said to have climbed up Doi Suthep, at that time called Doi Aoy Chang (Sugar Elephant Mountain), stopped, trumpeted three times, then dropped dead. This was interpreted as an omen. King Nu Naone immediately ordered the construction of a temple at the site. 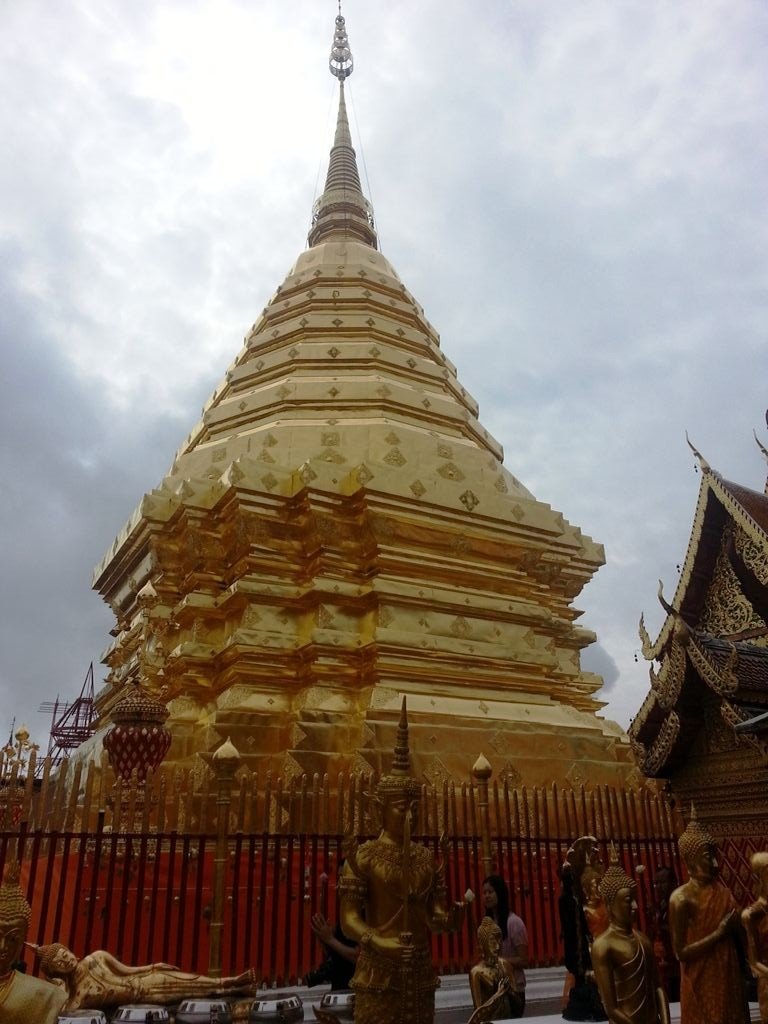 The Chedi at Wat Phra That Doi Suthep Chiang Mai. Said to contain a Buddha relics.

When I travel in Thailand, either with Thai friends or with our tour groups, I find it a little disturbing that many tourists do not show respect to the local culture and religion. I have witnessed sad experiences at this temple where one group of tourists sat on one sacred elephant and then proceeded to rest her feet on another as she reclined for photos. I was about to say “please don’t” when Phat took my arm and quietly and said “please no comment” but the pain in her eyes was evident.